In Mozambique, one of the worldâ€™s five poorest countries, Childrenâ€™s Day is one of the biggest events of the year.Â  Itâ€™s bigger than Christmas.Â  It seems ironic that children would be celebrated this way given the heartbreaking poverty and abuse that they are so often subjected to in this African nation.Â  Decades of poverty, civil war and some of the worst natural disasters the world has ever seen guarantee that many of Mozambiqueâ€™s children are raised by the streets due to being orphaned or abandoned.Â  Most of them find ways of surviving as only the desperate know how, but a few of the lucky ones are rescued from this cruel existence by an organisation called Iris Ministries.Â  Founded by Heidi and Rolland Baker about 16 years ago, Iris Ministries rescue and care for thousands of children, giving them love and hope and a future.

On Childrenâ€™s Day, the children of Iris Ministriesâ€™ base in Pemba celebrate the only way Mozambicans know how: with chicken!Â  They not only feed all the children that live in the childrenâ€™s centre, they also feed all the local children from the village surrounding the base.Â  All 4500 of them!Â  This is an undertaking that you canâ€™t even begin to imagine.Â  The chaos is something I have never seen anywhere in my travels.Â  Apart from a few hairy moments while handing out bottles of water to the crowds of children waiting in the sun to be fed, the event was remarkably painless.Â  Fortunately for me, they love the camera, which makes my job a lot easier. 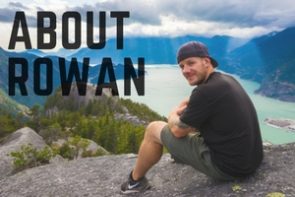